Remembering in the Courtroom 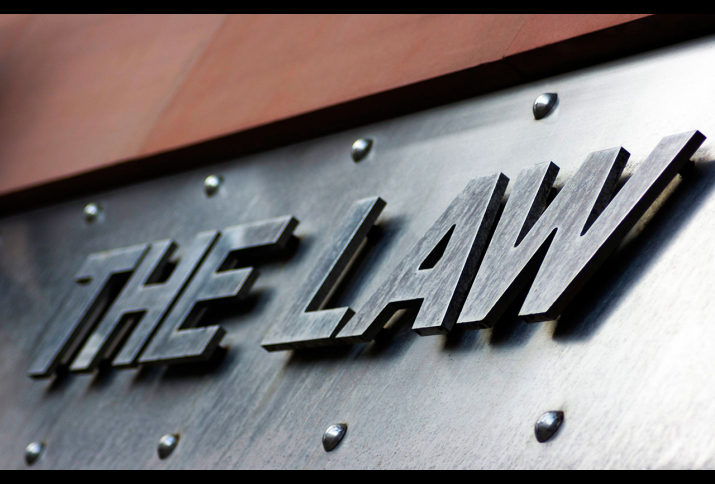 No one can legislate historical truth, said Timothy Garton Ash commenting on the bill voted in the French parliament in 2006 criminalizing denial of the Armenian genocide.[1] Yet, historical truth has been often legislated and decided upon outside of the frameworks of professional historiography. Law makes history and writes the past, going beyond responding to historical change.[2] Although the issue of history in the courtroom is problematic and a research area on its own, the courts nevertheless produce the documentation which can open new perspectives relevant for the field of contemporary history as well as memory studies.

The law is an important aspect of the state-sanctioned memory politics in contemporary Serbia, centering on the reinterpretation of the socialist period and the Second World War as the Yugoslav main legitimacy source. Unlike the majority of the post-socialist countries which have established institutes of national remembrance and museums of victims of communism, memory politics in post-Milošević Serbia does not entail a great institutional framework. Nevertheless, there has been a strong top-down framing and instrumentalization of the past since 2000, containing legislation, investigative commissions, history textbooks, and media projects. In this respect, Serbia can still be placed in the wider post-socialist context characterized by powerful institutions forging a unitary interpretation of the past from above, instead of the expected democratic pluralization of memory.[3] Although the dominant interpretation of the past is utterly opposite to the memory narrative promoted during the Yugoslav period, the institutionalization of memory does not only reflect the practice of the socialist period, but transcends it in its strength of imposing historical narratives.

History, memory, and the law in (post)Yugoslav Serbia

Towards the end of the Second World War and in the immediate postwar period in Yugoslavia, there was a series of postwar trials of diverse prominence against those accused for collaboration, similarly to the other European countries. The Law on Criminal Acts against the People and the State and the work of the State Commission for Investigation of the Crimes of the Occupiers and Their Helpers and its regional bodies represented the basis for the trials, imprisonments, and death sentences. Moreover, extrajudicial executions were a practice, especially before the war officially ended. On the other hand, some of the people judged as collaborators, very often already living in exile, would be officially declared as state enemies. Most of the postwar measures also included confiscation of family property.

The Serbian National Assembly adopted two Rehabilitation Acts in 2006 and 2011 with the aim to rehabilitate victims of political and ideological injustice after 1941. Although the mechanism of legal rehabilitation normally accommodates the victims of unfair trials by revising court processes, these laws, particularly the 2006 Rehabilitation Act, broadened the grounds for rehabilitation. The law includes those imprisoned or killed, as well as deprived of property or any rights, with and also without a court or administrative decision. Most importantly, because of the vague formulation of the 2006 Act the rehabilitation practice in Serbia encompasses persons sentenced for collaboration or war crimes as long as it can be argumented that there were ideological or political reasons involved, regardless if there were also other reasons for persecution. This led to in Europe unprecedented rehabilitation processes which has been happening in the courts in Serbia since 2006, which question and usually annul the postwar court decisions. While legislation in Western Europe attempts to limit the radical revision of the past and crime denial, in the post-Yugoslav space legislation and courts serve as an affirmation of the revisionist interpretation of the past.[4]

The relation between memory and law has generated a considerable research interest in the international scholarship on former Yugoslavia. Many scholars have examined the legacies of the wars of the Yugoslav succession, looking at the role of international law, the juridical mechanisms of transitional justice, and the practices of dealing with the past in the post-conflict countries. However, when it comes to memory of the Second World War and postwar period in the post-Yugoslav space, legal sources and especially court transcripts have been largely neglected in the fields of contemporary history and memory studies.[5] Leaving the general problems of “juridicial memory making”[6] and selective approaches to historical sources aside, the rehabilitation processes in Serbia have a great potential for the study of collective memory, if we draw on the concept of collective memory defined by Wulf Kansteiner as the interaction of cultural and intellectual traditions, memory makers, and memory consumers.[7] The rehabilitation processes in Serbia reflect this three-way interaction and thus contributes to overcoming the issue of the understudied reception in memory studies as well as avoiding top-down approach to memory politics.

Legislation is a top-down mechanism coming from the Government and decided upon in the National Assembly. Nonetheless, in the case of legal rehabilitation in Serbia, the state has merely provided a framework to be used in practice. The rehabilitation in the court is a bottom-up initiative by family members or different groups – memory consumers – who start the rehabilitation processes by filing a request to courts. It should be always emphasized that there is no rehabilitation without the citizens initiating it. The families or the groups with a vested political interest in the outcome of the rehabilitation stir the process by selecting their own witnesses and filing documentation to be considered by the court. In this way, it is them who frame the interpretation of the past in the courtroom instead of the state-sponsored institutions or court authority. Furthermore, the interaction of memory makers and memory consumers becomes more vivid in the court cases conducted according to the 2011 law, which defines two sides in the court: one representing the state and the other those who want someone to be rehabilitated, as opposed to the 2006 law which introduced none-contentious proceeding as a way of implementation in the court. Judging from the very high number of requests filed since 2006, legal rehabilitation in Serbia represents a success in state-sanctioned memory politics. For this reason, it should be also approached from this perspective which is equally relevant as conducting a critical content analysis of court transcripts. What would be equally relevant to examine is the motivation behind the rehabilitation requests and whether there is a simple goal of correcting something considered as injustice from the past or it is rather politically or financially motivated.

[1] Timothy Garton Ash: This is the moment for Europe to dismantle taboos, not erect them, The Guardian [online], 19.10.2006.
[2] Austin Sarat/ Thomas R. Kearns, eds. History, Memory, and the Law. Ann Arbor 2002, p. 3.
[3] James Mark: The Unfinished Revolution: Making Sense of the Communist Past in Central-Eastern Europe, New Haven and London 2010, p. 59.
[4] Milivoj Bešlin: Četnički pokret Draže Mihailovića – najfrekventniji objekat istorijskog revizionizma u Srbiji.In: Momir Samardžić et al: Politička upotreba prošlosti. O istorijskom revizionizmu na postjugoslovenskom prostoru. Novi Sad 2013, p. 85.
[5] Except Srđan Milošević: Istorija pred sudom. Interpretacija prošlosti i pravni aspekti u rehabilitaciji kneza Pavla Karađorđevića. Beograd 2013. Although many authors discuss rehabilitation in articles and media, there has been no other academic monograph so far analyzing the court documents and court interpretation of the past.
[6] Vladimir Petrović: From Revisionism to "Revisionism". Legal Limits to Historical Interpretation. In: Michal Kopeček (ed.): Past in the Making. Historical Revisionism in Central Europe after 1989. Budapest 2008, p. 20. "[T]he attempt to influence collective memory via high-profile proceedings in which law, politics, memory, and history intertwine in a memorable public event, producing a particular outlook on the past".
[7] Wulf Kansteiner: Finding Meaning in Memory: A Methodological Critique of Collective Memory Studies, History and Theory, Vol. 41, No. 2 2002, 179-192, p. 180.