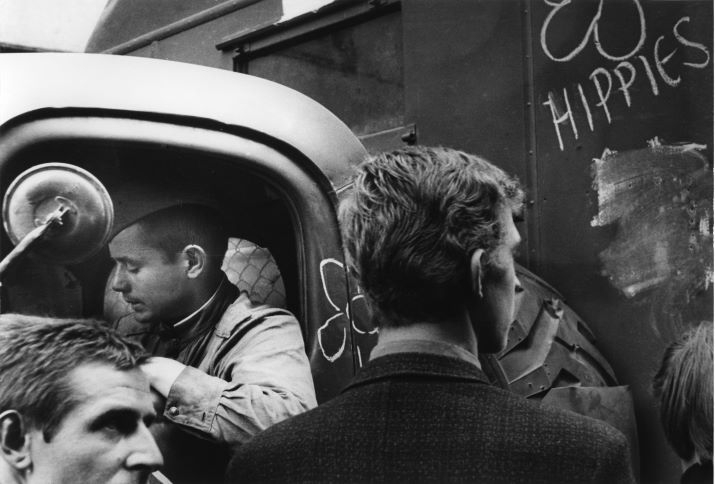 This year marks a number of anniversaries of significant events of Czechoslovak history, starting with the declaration of independent Czechoslovakia in 1918; the Munich Agreement of 1938, which sumitted Czechoslovakia’s border areas to Hitler’s Germany; the communist takeover of 1948; and finally, the Prague Spring and subsequent Soviet-led invasion of 1968. Dubbed the “year of eights” [osmičkový rok] by the Czech media, historical reflections on the part of witnesses, historians, journalists and pundits alike are rife in the press, on the radio and on television. Yet as historian Pavel Kolář writes, when it comes to the events of 1968, “the anniversary has so far not brought any distinctive impulse” and sees this as a confirmation that “with each round anniversary, the significance of ’68 as one of the focal points of Czech memory is declining”.[1] What then remains of the eventful year of 1968 in Czech memory, fifty years on? This article will briefly examine the media response, which acts as a significant vehicle of memory, to both the reformist efforts of the Prague Spring and their suppression by Warsaw Pact tanks in the Czech Republic.

In 1968, the Communist Party, under the fresh leadership of Alexander Dubček, embarked on an unprecedented process of reform known as the Prague Spring, setting course in its “Action Programme” for political and economic liberalization, to the great chagrin of the Soviet leadership. Not only leading politicians, but also the cultural and intellectual elite of the country largely united behind an endeavour to democratize the state socialist system. These efforts were cut short on 21 August 1968 by Warsaw Pact armies. Czechoslovak leaders, headed by Dubček, were forced to sign a humiliating protocol in Moscow, in which they retracted their reformist plans. As a result, Dubček remains an ambivalent figure in Czechoslovak history; one who let hopes soar, but ultimately betrayed them.

Despite the fact Dubček has not always been treated kindly in retrospective appraisals, it still came as somewhat of a surprise when Czech president Miloš Zeman in a speech commemorating 100 years of independent Czechoslovakia in January of this year harshly criticised the leaders of the Prague Spring, saying that they “crapped their pants” [podělali se],[2] referring to their capitulation to the pressures of the Soviet leadership. Zeman’s words caused a minor diplomatic row, as Slovak officials[3] and Dubček’s son[4] protested the belittling message of the President’s speech in relation to the Slovak politician.

Given the perceived importance of 1968 amongst the Czech population, perhaps a more serious reckoning with its legacies could have been expected from one of the country’s leaders. As a survey conducted by the Institute of Sociology of the Czech Academy of Sciences shows, among the key historical events and periods of the 20th century, the invasion of Czechoslovakia in 1968 is viewed most negatively by present-day Czechs.[5] Polls reveal that the memory of the August invasion remains the central traumatic event of the 20th century, while the emancipatory ambitions of “socialism with a human face” have a mixed legacy. The President’s words, though harsh, are thus not out of line with a generally dismissive attitude towards reform socialism’s potential. The media response has largely reinforced such an interpretation. This includes otherwise more detailed and considered contributions to the discussion, such as the daily Lidové noviny’s 30-part series on the political build up to August ’68 and its immediate aftermath, which the newspaper produced in cooperation with historians from the Academy of Sciences. The fact the paper’s editors chose to name the series “Occupation: Unknown Facts”, even though the vast majority of the series actually focuses on events preceding the invasion, once again documents how the image of tanks rolling into the country has symbolically overtaken the memory of democratic renewal.

While historians have not avoided the topic of 1968, more often than not they appear in niche media, such as printed newspaper weekend supplements, Czech Radio’s spoken word station, or specialized historical discussion shows on Czech Television’s 24-hour news channel. More mainstream outlets have rather brought factual accounts recounting how events unwound and a particularly popular format, well suited to online media, are photo collections,[6] appeals for authors of period photographs,[7] searches for the identities of people in those photographs,[8] and for readers’ stories with questions such as “Where were you on 21 August 1968?”.[9]  Czech public radio has launched a special website,[10] which gathers materials devoted to the topic, and is preparing a special day-long programme for 21 August, along with a concert on Prague’s Wenceslas Square, a place intimately linked with the invasion, featuring musical hits of the period.

In many ways this is telling: while the cultural boom of the Prague Spring is remembered affectionately, the memory of its politics has become hazy. Equally revealing is the cover of a special issue on 1968 of the liberal current affairs weekly Respekt, which depicts several chic-looking popular singers of the 1960s, including Waldemar Matuška and Helena Vondráčková. The cover is emblematic of image of ’68 that has come to dominate in the Czech Republic: as a time of great songs, still well-known today, stylish fashions, and the successes of Czechoslovak cinema, with directors such as Miloš Forman soon gaining international renown. As for the politics of the time, the received interpretation can be summarized by a short article in the lifestyle magazine Xantypa, which simply repeats the well-worn phrase that efforts to democratize socialism were “hardly fulfillable”.[11]

The memory of the meaning of the Prague Spring is thus caught in a paradox. On the one hand, witnesses of the period, such as lawyer, and later dissident and Prime Minister, Petr Pithart emphasize, the leading personalities of the Prague Spring were truly adored by the population and had the full support of the Czechoslovak people.[12] Yet those following the topic in Czech media may remain puzzled as to why Dubček and his colleagues were so beloved and what kind of hope they granted citizens. The memory of the Prague Spring is, not surprisingly, dominated by emotions, rather than political messages. 1968 was euphoric, it is often repeated, yet in the same breath, the attempt to democratize the political system is written off as naïve.

While historians tend to emphasize the necessity of understanding the demands of reform communists in their period context, popularizing media accounts tend to find fault with the Prague Spring as Dubček and his cohort were not proposing liberal democracy of the Western type and a capitalist economy. So, for instance, we can read in Respekt that “There were no suggestions, which twenty years later during the Velvet Revolution of 1989 seemed clear to everyone, that socialism must be dismantled and a normal liberal democracy without ideological coverings established.”[13] Writing from the position that our own times are somehow post- or even non-ideological is a common prejudice of any kind of popular memory; in the case of 1968, it leads to a quick dismissal of the ideals of democratic socialism the Prague Spring represented as “mere ideology”. We are thus faced with a contradiction: on the one hand, the Czech media document the rousing of Czechoslovak society, which they evaluate positively especially in its popculture iterations, yet simultaneously denounce the ideals that fuelled this rousing. Ultimately, this received interpretation is not particularly favourable to the Czechoslovak population as a whole, which appears to have been duped by its leaders into believing the impossible.

The anniversary of the invasion itself will undoubtedly bring a whole volley of pronouncements by politicians emphasizing the trauma of the event and the heroism of those who stood up to resist the invading tanks. These will likely be more dignified than President Zeman’s false start to the debate in January. But what preceded the invasion is becoming more and more opaque in public memory. Historian Matěj Spurný emphasized in an interview that what he finds most fascinating about the Prague Spring is the tremendous idealism of the period – something, which he adds, we are missing today.[14] Indeed, the belief and hope that a better and more just society is possible, which inspired Czechoslovaks at the time, may seem naive, or even incomprehensible and uncomfortable today in a time of pragmatic politics, in which politicians win voters on the promise of technocratic solutions.