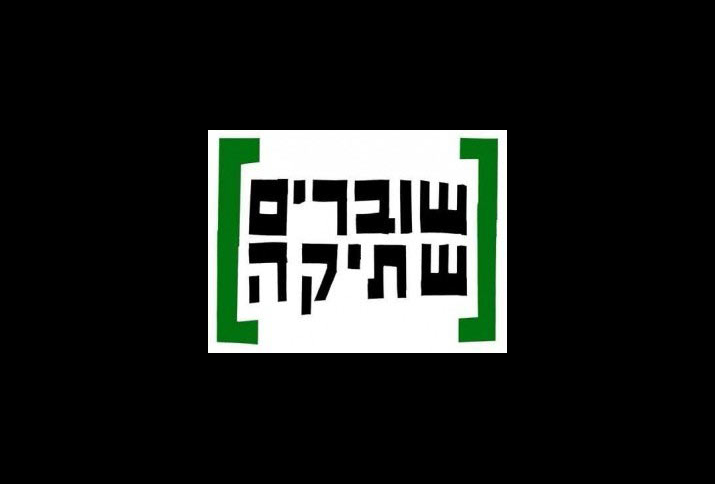 The Israeli left-wing NGO Breaking the Silence has made many headlines recently. Yet only few articles had put it in a larger context. Netanyahu’s refusal to meet with Germany’s Foreign Minister Gabriel was not just another step in the government’s struggle against “fringe radical groups that falsely accuse our soldiers of war crimes and undermine Israeli security”,[1] but another landmark in an ongoing process of delegitimisation of the Israeli left.

Breaking the Silence was founded in March 2004, by a group of soldiers who served in Hebron, wishing “to expose the Israeli public to the reality of everyday life in the Occupied Territories”.[2] Yet it did not make it to the mainstream discourse before 2015. By that year, with the publication of a report on the Israel-Gaza conflict of 2014, and Israeli foreign ministry’s official protest against the opening of the organisation’s exhibition “occupation - soldiers’ testimonies 2000-2010” in Zurich, Breaking the Silence became widely known. The criticism was centered around one issue: Dirty laundry should not be aired outside of Israel - and it is one of the main points of critic until today.

Identification with the left as a political suicide

One of the politicians who made it his personal task to fight Breaking the Silence is Yair Lapid, a member of the Knesset for Yesh Atid Party. For over 30 years, Lapid made his career in journalism, not in politics. Yet Lapid the politician is not so different from Lapid the TV presenter. As a talk show host, he was famous for his question “What is Israeli in your opinion?” As a politician, Lapid makes it his point to “remain in the warm bosom of the mainstream ]…[, to walk between the drops with statements everyone can agree on to some degree”, as described by Haaretz journalist Ofra Idelmann in 2015.[3] Idelmann, who attended Yesh Atid events for several months, also pointed out that Lapid “made sure to attack the left-wing organisations Breaking the Silence and B’Tselem[4] to prove to the public that the party he leads is not a left-wing one, God forbid.”[5] In today’s Israel, identification with the left-wing would mean a defeat in the ballot box. In the past years, especially on social media, the term “left” (Hebrew: שמאל/ שמאלני) is often written falsely on purpose, to resemble the word “small” in the English language (Hebrew: סמול/ סמולני).

Lapid is certainly not the only politician fighting Breaking the Silence, but because he is aiming to represent the mainstream discourse in Israel, his efforts in placing the organisation outside of a legitimate discourse are an important indication for the character of this discourse and its limitations. In his attempt to politically profit from this debate, Lapid made the controversial analogy between members of Breaking the Silence and right-wing extremists: In August 2015 he compared them to “Kahana Chai”, a political movement which was officially outlawed in Israel as a terror organisation in 1994, after its member Baruch Goldstein murdered 29 Palestinians.[6] In January 2016 he compared them to settlers who were filmed dancing with guns at a wedding, as one of them stabbed a photo of the killed Palestinian toddler Ali Dawabsheh, who was burned alive in July 2015, after Jewish right wing radicals threw Molotov cocktails at his home.[7]

Referring to a youth event of the Kibbutzim Movement, to which Breaking the Silence were invited, Lapid wrote a long post on his Facebook page on July 24, 2015, ending with the following paragraph: “The IDF was and remains the most moral army in the world. It maintains standards that no other army in the world manages to keep in complex battle conditions. Its officers and soldiers deserve a salute, and not anonymous slander.”[8] The anonymity of testimonies and their credibility is a main point of criticism against Breaking the Silence. But Lapid’s statement is also a good example of another element which is at the core of the debate: the morality of the IDF, which had been used countless times to divert any critical discussion on governmental policies to simplified choices of patterns of being either “with us” or “against us”.

For over 50 years since its establishment in May 1948, the morality of the IDF was acknowledged, but not used as an argument in a political discourse. In a cabinet meeting on December 12, 2004, referring to critic on the fighting ethics of the army, Prime Minister Ariel Sharon stressed out that “the IDF is the most moral army in the world because it deals with situations that no army in the world encounters.”[9] In June 2006, Prime Minister Ehud Olmert used a similar statement, when referring to the killing of Palestinian civilians by shells fired at the Gaza coast.[10] In May 2009, Dr. Roni Bart from the Institute for National Security Studies, published an article dealing with the Gaza War of December 2008 until January 2009. In the article, titled in Hebrew “The most moral army in the world - suggestions for improvement”, Bart stated the problematic elements of the Israeli discourse: “As part of the national alignment, no real public debate was held on this important issue of morality in combat; There is apparently no room between automatic support for everything the IDF did, and defining its actions as war crimes.”[11]

The lack of room for questioning established patterns of thought is also evident from the preliminary support given by the Knesset to a bill banning Breaking the Silence from speaking in schools. If approved, the law, which is currently being prepared for the first reading of the Knesset, will join the similar and already approved “Law on Disclosure Requirements for Recipients of Support from a Foreign State Entity” - aimed to single out left-wing NGOs as agents of foreign countries. It is often referred to with the Euphemism “Law of Transparency”.

Political affiliation as an indicator of a cultural code

In an essay published in 1978, the Israeli historian Shulamit Volkov suggested that in Imperial Germany, Antisemitism developed as a dominant cultural code which was not just a marker for the hatred of Jews, but incorporated a larger set of values, ideas, feelings and public behavioral patterns. Jews essentially became a key indicator of a person's approach to his surroundings and to the modern world.[12] This analytical model of a cultural code might be helpful for describing the processes taking place in Israel of 2017 - the treatment of Breaking the Silence being just one of their symptoms. In today’s Israeli society, it is the affiliation with, or the distancing from, “the left-wing”, which is the indicator. Being affiliated with it is a denominator for being a traitor and not having Israel’s interest at heart. Distancing oneself from it serves as a sign of loyalty and patriotism.

In the last elections, Netanyahu called voters to the polls with the statement: “The right-wing government is in danger. Arab voters are heading to the polling stations in droves. Left-wing NGOs are bringing them in buses.”[13] Just like Lapid, Netanyahu knows that the divided and torn Israeli society unites around a common enemy.