For the Formation of a Peaceful Future: Humanitarianism, Occupation, and a defeated Germany, 1945-1949 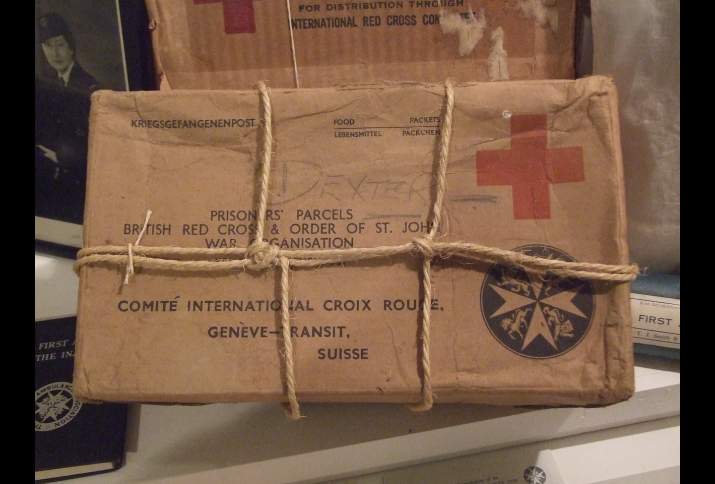 The adoption of the Universal Declaration of Human Rights in 1948 was a landmark event, encoding the lessons learned from five years of total war on the European continent. The debates over the universality and inalienability of rights that dominated the writing of the document brought together statesmen and -women from across the world. But, one state was conspicuously left out of this discussion: Germany. The defeated state’s exclusion was understandable given the violence, destruction, death, and genocide the Nazi regime had unleashed on the European continent from 1939 to 1945. In many ways, it was Germany’s waging of the Second World War and their perpetration of genocide that created the urgency for a document that codified the most basic rights of men and women in the immediate postwar years.

However, Germany’s exclusion from the crafting of the UDHR did not mean their indifference to the emerging discourses. In fact, Germans found the language of human rights quite useful in their efforts to communicate their own deep suffering after the war. But, there was another discourse in the occupied state that became valuable for Germans – one that was connected to these discussions germinating at the international level. Humanitarianism helped Germans to make sense of their legacy and experiences as a state of perpetrators and victims, alongside their desire to appear to their occupiers as a reformed people. While Germans were not seated at the table in the lead-up to December 1948, they were very much a part of the moment, testing the language of humanitarianism and human rights to communicate their grievances and hopes for the future of reconstruction.

War’s End and the Humanitarian Situation in Central Europe

As the Nazi regime capitulated to the Allied Powers on May 8, 1945, approximately 1.8 million German civilians were left dead, 3.6 million homes across Germany were destroyed, and 7.5 million people were left homeless. The military counted 4.3 million dead and missing soldiers, and 2.8 million in Soviet captivity. Additionally, 6 million European Jews were killed under the Nazis’ program of genocide and millions of persons were liberated from the concentration camp system. Still more, 12 to 14 million German-speaking people were expelled from Eastern Europe.[1]

The numbers above are overwhelming and reflect the humanitarian crisis accompanying the end of war in central Europe – the final destination of what William Hitchcock describes as the “bitter road to freedom.”[2] Many peace-time planners on the Allied side knew that victory would come at great cost to human life and leave millions without homes, food, and a homeland. This realization among the Allies lead to the creation of the United Nations Relief and Rehabilitation Administration (UNRRA) in 1943. From the start, UNRRA had a special mission: the organization was to aid the victims of war and National Socialism.[3] In contrast, the defeated German people and millions of expellees found few international organizations wanting to claim the responsibility of alleviating their suffering. Further, the decision of the Allied Powers in May 1945 to dissolve the German Red Cross (Deutsches Rotes Kreuz, DRK) for its complicity in the Holocaust and the Nazis’ program of euthanasia left Germany with even fewer humanitarian outlets through which to seek aid.[4] However, the Allies, surveying the crises around them and also hoping for a speedy reconstruction of Germany’s economy, decided to re-establish the Red Cross in Germany in October 1945. They did so not just out of their own concerns but at the urging of Germans themselves.

The Red Cross and Reconstruction

In August 1945, three months since the end of the war, the provisional president of the German Red Cross, Rudolf Nadolny, wrote to the Allied Control Council. In his letter, he reaffirmed, despite the Allies’ decision to ban Red Cross activities, that the organization was ready and willing to tend to the urgent needs of German civilians and expellees. But the final lines of his letter are most striking and indicative of the role humanitarianism, through the leadership of the Red Cross, would play in the coming years. Nadolny wrote, “I need not emphasize, that considering the notoriety and popularity of Red Cross activity, just this institution is particularly adapted to inspire the German people with a serious will for peaceful reconstruction…, to moderate quickly the existing calamity, but also to that of the formation of a peaceful future.”[5] His pleas for the Red Cross’ operation found resonance among the American authorities who allowed the establishment of regional chapters a few months later.

In the American zone, Red Cross societies formed in each Land (provincial region). The largest, the Bavarian Red Cross (Bayerisches Rotes Kreuz, BRK), quickly set out to begin the distribution of aid to the German population. Under the terms of their re-establishment, the BRK was required to submit monthly reports to the Office of the Military Government (OMG) for Bavaria detailing the work of the Red Cross. In their report for 1946, the BRK detailed the 300,000 patients transported by the ambulance service, the 2 million refugees given medical examinations, the 30,000 RM in vaccines purchased, and the 436,000 meals distributed to children.[6] These statistics, meant to show their effectiveness, also pointed to the extremity of the humanitarian situation. But, in the process, the Red Cross described its interactions with Germans, writing, “the readiness to help of our own people… is also particularly worthy of being mentioned,” and that, “it would have been utterly impossible to raise funds such as were actually raised if the people of Bavaria had not been so generous.”[7] According to the report, ordinary men and women were donating money, food and clothing at a time when few had extra to give away.

The 1946 report framed the actions of these Germans as evidence of a changing sentimentality, one shifting away from Nazism towards a humanitarian sensibility.[8] This humanitarian action supposedly acted as a force of good at time when there was little organized government to maintain order. The author wrote, “this proves how much importance public opinion attaches to the work of the BRK… It is gratifying to realise how much private initiative and private welfare work help[s] to over-bridge a critical period during which the state, itself still in the making, could be expected to be as active in relief work as in normal times.”[9] For the BRK, German participation in their efforts was an indication of Germany’s reconstruction of a peaceful, and perhaps responsible, civil society.

A Close Relationship: Red Cross influences on the Occupiers

While the above report detailed the funds raised and distribution of aid over 1946, it was, of course, also possible that the proclamations of an emerging civil society caused by Red Cross work were written out of self-interest. The Bavarian Red Cross – still under suspicion for its Nazi connections – needed to show its essentiality to the OMG. But, the Red Cross’ appeals about the continued suffering of the German people, their basic needs, and the organization’s so-called importance in reconstruction did influence the American officials on the ground. In a report on Red Cross nursing practices in Bavaria in 1948, an American official wrote about his interactions:

“Today in Germany it is not a question of protecting eyes by concerning oneself with excessive glass on a table, … it is a question of obtaining electric light bulbs, and having paper to write on; it is not whether aprons should be changed daily or weekly, but having an apron to wear; not whether shoes are suitable, but that one has shoes…; not the frequency of handwashing, but obtaining soap for minimum protection.”[10]

The official took note of the basic necessities Germans and their humanitarian workers still needed three years after war’s end. These continuing needs, in his opinion, hindered any adequate evaluation of the effectiveness of Red Cross work and policies – and as such, Germany’s recovery.

In another report on the creation of a Youth Red Cross (Jugendrotkreuz, JRK) chapter in Bavaria, an American representative, James Smyth, noted the exceptional character of Red Cross workers and the importance of humanitarianism in the reconstruction of Germany. Reflecting on his interactions with the JRK’s executive committee, Smyth wrote, “they are strong and capable men, serious and devote, courageous and helpful.”[11] In writing of the potential work of the youth organization, he asserted that the first principle task was the “cultivation of humanitarian ideals, [and the] education to respect and esteem every human being without distinction of race, creed, social class or political conviction.” He claimed the work of a JRK would be a “holy task of organizing youth around the Red Cross ideal based on the Christian faith” and claimed their importance to Germany’s future.[12] The confidence Smyth placed in these men and the human rights discourses he picked up on in the organization’s constitution are remarkable. The influences that Red Cross writings had, and the growing confidence American officials showed in German-led Red Cross work, suggests that the effort that started in August 1945 to frame humanitarianism as a tool for forging a peaceful civil society was resonating among their occupiers.

While the intentions of those leading the Red Cross to use humanitarianism in this way was not always explicit, the recurring discourses are hard to miss. Red Cross workers were not naïve about the significance of the language they were using and the influence it was having on American occupying officials. Over the course of the occupation period, support grew for the Red Cross among the occupying authorities. The close relationship that developed between the two organizations was not lost on others either. In 1948, after a joint radio interview between OMG Public Welfare official, Charles Meyer, and Landesarzt, Dr. Steidle, members of the Action Committee for Joint Working Organization of German and International Health Organizations criticized the BRK for being able to “whisper into the ear of the world”[13] and failing to use this leverage to gain Germany’s inclusion in international groups, like the World Public Health Congress in the case of their grievance. The Red Cross’ efforts to expand their influence was working in the eyes of their peers.

Conclusion: Germans and the International Moment

Historians have noted that Germans understood the significance that engaging with discourses around human rights would have on their postwar reconstruction. Atina Grossmann argues that during the Allies’ effort to create a system of food rationing, Germans pushed against the “hierarchy of victimization” that was being created. Under this hierarchy, Germans received less calories per day than those determined to be victims of national socialism. Discourses around human rights and notions of universality could be used to combat a perceived inequality in the creation and workings of this rationing system.[14] Alice Weinreb has taken this argument further, contending that Germans explicitly used the language of human rights to leverage the occupying authorities to change rationing. Holding large signs reading “we don’t want calories, we want bread,” food protestors argued the democratization of Germany – a key goal of the Allied powers – could not be divorced from a developing human rights discourse. Protestors in occupied Germany compared rationing under the Allies to Nazi food policies used to pacify and liquidize Eastern Europe in the hopes of forcing the hand of the Allied Powers and gain recognition for their own suffering.[15]

The Red Cross’ efforts to aver the centrality of humanitarianism in the reconstruction of a peaceful civil society did not exist in a vacuum to what Grossmann and Weinreb have argued about German experiences of rationing and hunger. In many ways, the Red Cross’ work to alleviate German suffering through the distribution of aid, while simultaneously creating a paradoxical image of Germans as “needy fellow beings”[16] and active humanitarians, were parts of a concerted effort to make meaning out of total defeat and the daunting project of reconstruction that laid ahead.