On the Logics of (post)Soviet Migration Patterns 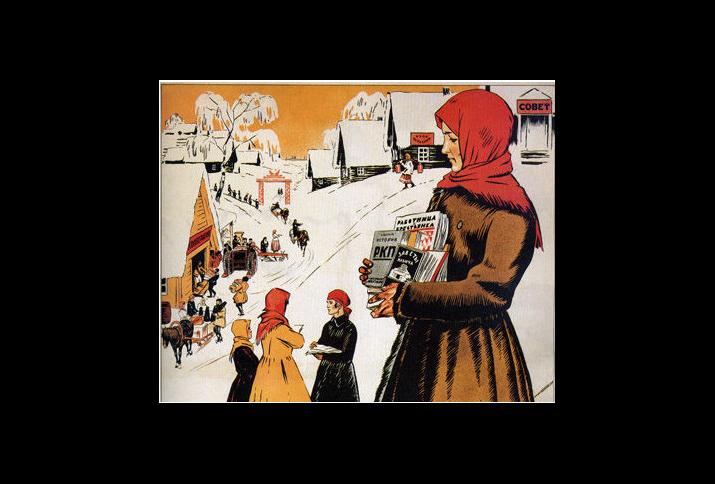 Although the outcome of the March 2018 elections in Russia is beyond doubt, it would not be much of a stretch to say that, were the contest to be more open, migration would be one of the thorniest issues. So-called gastarbaitery, meaning the labor migrants from Central Asian countries as well as parts of the Caucasus, make up a large part of the industrial workforce and the service sector in Russia. The Russian economy is now as dependent on these laborers as their home countries are on the remittances they send – which at one point was equal to half of the GDP for Tajikistan. Yet in Russia, many of these migrants regularly suffer abuse – from right-wing youths, corrupt cops, and exploitative employers. If this were a truly open election, one of Putin’s opponents would surely be using the presence of migrants against the incumbent, as Alexei Navalny has sometimes done.

This migration has a long back story rooted in the USSR’s efforts at economic development, its demographic situation in the decades after the Second World War, and the Communist Party’s attempt to reconcile its rule over the former Russian empire with its avowed commitment to anti-colonialism. Stalin’s five year plans had assigned the Central Asian republics the role of cotton production; what investment went to the region was mostly for irrigation. After his death, a new generation of Central Asian communists argued that their republics’ economies needed to be diversified away from cotton production and towards industry. As I argue in my book, Laboratory of Socialist Development: Cold War Politics and Decolonization in Soviet Tajikistan, one of the arguments they used was that the region’s booming population created a large pool of labor. The pool would be particularly large since they expected that cotton harvesting would soon become largely mechanized – something that never happened. The Central Asian politicians and specialists of this period also hoped that industrialization would lead to social transformation: central Asian peasants would gain skills, earn higher salaries, become more modern in their outlook, and ultimately fulfill what they saw as the promise of Soviet power: an equitably shared, technologically advanced, modernity.

These arguments were attractive to some planners in Moscow, who were dealing with the opposite problem. Conflict and terror, and especially the Second World War, decimated the population throughout the USSR, but especially in its Slavic core region. To make matters worse, birth rates in the European part of the USSR dropped after the Second World War and stayed below the replacement rate. From Moscow’s point of view, the country was experiencing a labor shortage. Drawing on the Central Asian labor force was crucial if the USSR wanted to keep its growth rates up.  Placing industry in Central Asia thus diverted demand from Moscow, while training Central Asian peasants to be skilled workers would make them employable in the European parts of the USSR (where most industry was concentrated) and in Siberia (where the natural resources were). But as Moscow had largely abandoned moving populations by force after Stalin’s death, getting people to move to these areas required incentives.

By the 1970s, however, it became clear that many rural Central Asians were not particularly eager to move to cities in their own republic, let alone further away. Factories in Central Asian cities had trouble recruiting workers of the local ethnicities. And while some young men did travel to Siberian and other Soviet industrial towns to work, the numbers barely made a dent in the USSR’s labor needs. This led planners to turn to sociological surveys to try to understand what kept these young people at home. They found that, contrary to their predictions, most young men (and even more women) did not aspire to a job in the industrial workforce and did not want to move away from their extended families. For Central Asian planners and their allies in Moscow, this was a sign that they needed to do more to mobilize and inspire young people. They argued for building smaller factories located in rural areas to accommodate those who did not want to move, building more polytechnic colleges (PTUs) outside of the big cities, and providing scholarships to those who were willing to attend polytechnics outside their republic.

For other scholars and planners, however, the failure of Central Asians to be mobile was proof that they were simply too different and that policies that tried to draw them into the workforce were a waste of money. Among those who subscribed to this view was the prominent ethnographer Iulian Bromlei, whose understanding of ethnicity as something fixed ran counter to the more predominant Marxist understanding of culture as something mutable and dependent on the means of production. For planning officials in the 1980s who had trouble finding resources for investment programs such explanations provided a ready excuse to deny a request for a new factory or some other industrial initiative. In the last years of the USSR, this notion of static cultural difference also served as an excuse for the radical reformers around Yeltsin who wanted to deal with what they saw as the “subsidized” republics as little as possible.

Once the Soviet Union collapsed, however, the picture changed – subtly at first, and then dramatically. Among the first to travel to Russia for work in the 1990s were those few who had made the journey before the Soviet collapse. In some cases they were able to draw on connections established in that time to secure a job on a construction site or a factory for themselves and a group of friends. Some of these were former communist youth activists who had been sent on such work trips as part of Soviet internationalism and to inspire young people back home. When the Russian economy began to pick up track in the late 1990s, demand for these workers grew as well. The migration pattern within Central Asia changed as well, as more and more people flooded to cities in the decades after the Soviet collapse.

There is a double irony here – on the one hand, it took the Soviet collapse to make one of the goals of Soviet planners come to life. But there is another one as well. In seeking to explain the failure of Central Asians to move or join the industrial workforce, Soviet social scientists came to emphasize the importance of tradition and culture. These were issues, they argued, Soviet scholarship had previously ignored with disastrous consequences for socio-economic planning. Yet, the story of migration shows the limits of these scholars’ interpretation as well. Cultural factors (the desire to stay close to one’s extended family, to fulfill one’s duty to one’s parents, and so on) certainly played a role. But they do not explain everything. For all the shortcomings of the Soviet economic system, in the decades after Stalin’s death it did manage to raise standards of living. In rural Central Asia this meant a greater availability of building materials, growing access to running water, electricity, and health care as well as opportunities to supplement one’s income on the grey market (by selling the produce from one’s private plot, for example). Once the Soviet Union collapsed, so did the services and structures that people had come to rely on. Soviet socialism proved to be a conservative force insofar as it made it easier for some people stay where they had grown up; the arrival of globalized capitalism, by contrast, proved revolutionary.