Letter Writing and the Origins of Participatory Democracy in Russia 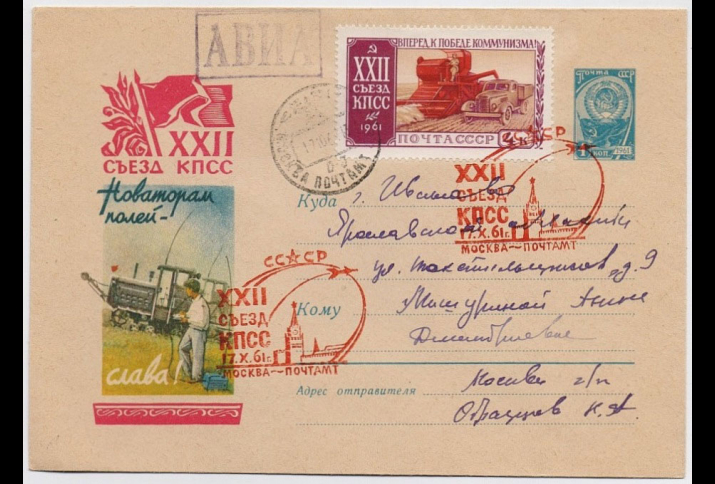 Russia entered the age of parliamentary politics and representative government before the Soviet Union collapsed. In July 1988 at the Nineteenth All-Union Party Conference in Moscow, Mikhail Gorbachev announced the creation of the USSR Congress of People’s Deputies, a parliament that in conjunction with the Supreme Soviet would have the power to produce and ratify laws. The Congress would be partially elected by popular vote, and representatives need not be Party members to run. The formal creation of the USSR Congress of People’s Deputies in December 1988 touched off vibrant election campaigns and widespread popular participation in elections throughout spring 1989. While the Congress’s first meeting — from May 25 to June 9, 1989 — heralded Russia’s entry into the age of representative democracy, the evolution of late-Soviet and post-Soviet democracy was deeply shaped by institutions and participatory practices that existed long before the period of representation.

Public letter writing — sending a letter to prominent Party members, governmental institutions, or newspaper editors — ranked among the most widespread and important practices of Soviet democratic participation. The roots of this practice extended back to Imperial Russia, when peasants and nobles alike composed petitions to the tsar on any number of matters ranging from violent landlords to harsh sentences for crimes. The Soviet government sought to set itself apart from its Imperial predecessor by democratizing the practice of letter writing. No longer would those writing to the authorities approach them as subjects making demands on the state, but rather as citizens whose missives constituted acts of participation in the life of society at large. Basic alphabetization campaigns in the 1920s and 1930s helped more and more people to gain the literacy skills necessary to compose letters, too.

In the Soviet period, every public institution had a letter department, and laws required every piece of incoming mail to receive a formal response. In this way, the public letter became a medium of communication between state and citizen — a medium seen as more substantive than casting a ballot every few years. From the Soviet perspective, public letter writing made the Soviet state democratic, not only compared to Imperial Russia but to representational democracies in Western Europe and the United States. Up until Gorbachev announced the USSR Congress of People’s Deputies in 1988, the Soviet government criticized representational democracy, replete with elections to parliament and even of state leaders, as “bourgeois” democracy that represented the propertied classes rather than workers, women, and ethnic minorities. In the years immediately following the October Revolution in 1917, when most European countries did not extend the vote to women, and in the United States even African American men remained disenfranchised, Soviet leaders seemed to have a point. Letter writing barred no one from participation.

Citizens wrote public letters throughout the Soviet period — even in times of greatest upheaval, including the Civil War, Stalin’s forced industrialization and collectivization, and the Second World War. Yet the practice achieved unprecedented heights from 1985 to 1991 during the intensive reform program known as Perestroika, initiated by Gorbachev. In the process of reinvigorating socialist democracy, the young Soviet leader encouraged citizens to partake in the process of reforming the USSR by writing public letters. Citizens could address problems facing their community or family, discuss reforms issued by the Party, or make suggestions for the future. Gorbachev called on public institutions and letter departments in particular to respond actively to each piece of mail so that citizens felt heard.

During Perestroika, the amount of mail multiplied many times over. The popular daily newspaper Komsomol’skaia pravda received nearly double the amount of mail in the first two years of reform. In 1985, the newspaper reportedly received 643,000 letters. The following year, in the first nine months alone, it received over a million letters. Popular newspapers were not the only institutions where mail deliveries bulged. Even the Central Committee of the Communist Party received nearly a million letters in 1986.

At the time, the number of letters received by Soviet public institutions enamored foreign observers. A Japanese news station sent a camera crew to the mailroom of Komsomol’skaia pravda to videotape the overflowing mailbags delivered to the building. In France, England, and the US, anthologies of translated letters appeared in print. Commentators hailed the letters as the unmediated voices of Soviet people that had been “stifled” for decades. They often failed to acknowledge that letter writing had been a widespread practice in the USSR even under Stalin, that Gorbachev and other state leaders asked citizens to write letters to aid Perestroika, and that even critical letters — especially critical letters — were seen not as a strike against the Soviet establishment, but a sign of active participation in the effort to reform and revitalize it.

Letter writing remained equally important in the late Soviet Union even as citizens were given the opportunity to choose among candidates to become their representatives to the USSR Congress of People’s Deputies in 1989. The work of one of the Congress’s most controversial deputies, Andrei Sakharov, shows how the practices of Soviet participatory democracy shaped the institutions of representative democracy. Sakharov was a Soviet nuclear physicist who contributed to the designs of the Soviet atomic and hydrogen bombs and became best known in the Cold War West as a dissident in the 1960s. In 1980, he was exiled to Gorki for speaking out against the Soviet war in Afghanistan, but was brought back to Moscow under Gorbachev in 1986. His election to the USSR Congress of People’s Deputies through the Academy of Sciences highlighted his stunning trajectory from scorned dissident to vocal participant in the most celebrated political discussions of the 1980s.

The sheer number of letters Sakharov received as a deputy to the Congress shows the continued significance of the public letter in the age of representational democracy in the Soviet Union. The Sakharov Archive in Moscow has preserved no fewer than 1,937 letters sent to the physicist during the First Congress alone (May 26 - June 9, 1989). Long days in congressional proceedings made it impossible for Sakharov to respond to every piece of mail, but he saw the sheer quantity of letters as a sign of the significance of his work in the Congress. He frequently invoked communications with Soviet citizens in his speeches to the Congress, as did other delegates, who sometimes even read entire letters that they received. The content of letters to Sakharov suggests that citizens saw the letter as a way to work their ideas into the Congress hall, either by influencing deputies’ opinions or by having their words read out in the Congress. In this way, participatory practices that had long characterized the Soviet political system also shaped the institutions of representative democracy.

The Congress system did not outlive the Soviet Union; it was dissolved in September 1991 after the failed coup of Communist Party hardliners the previous month. The practice of public letter writing, too, changed with the collapse of the Soviet Union and, more importantly, the development of technologies that shifted newspaper reading from paper to the screen, where the bulk of “letters” now appear as digital comments and rarely receive editorial response.

Yet the practices that defined democratic participation in the Soviet Union remain important today. They remind us that local institutions and practices shape representational democracy. In an age in which it’s all too easy to write off the extent to which ballots express the voice of the people, the history of public letter writing in Russia also reminds us of the myriad ways people participate in political processes, expresses their opinions, and comes to feel their sentiments heard.